Fergburger has a lot of hype and I’m a big fan of hype, or at least the creation it. I love the fact that people get excited, get interested, and something gets attention. It’s even better when it’s something small that has a huge amount of attention. Or something that is the most something in the world, like the biggest pineapple or the longest straight road.

These are things that people just have to get into for some reason. Ever been on holiday and come across something like that, got yourself a photo in front of it, and continued life, knowing that you had been there and done it? It’s part of life, and being involved.

Every now and then you hear about something special

… and you wonder if you will ever get round to it in your life. I reckon I heard about this burger the first time about 2 years ago, maybe more. It was a late night run to KFC at the casino in Melbourne, with a fellow backpacker, and we got talking about how I might go to New Zealand one day. He spoke vividly of this burger in Queenstown, I noted the excitement and slipped the memo to the back of my brain to have the burger if I’m ever in Queenstown. A couple of similar stories came my way from other backpackers. So the memos in my head became a decent sized file.

A couple of months ago, I set out on an overseas adventure, to, you guessed it, New Zealand. After a month or so, I wound up landing a really cool job in Christchurch. And to begin with I stayed at an awesome backpackers and one day I was wandering around town with a guy from Germany, and he asked if I had been to Queenstown. ‘No I haven’t yet’, was my honest answer. And his response? ‘You should go down there it’s really awesome, and they have Fergburger, it’s the best burger in the world’.

I couldn’t believe it, any backpacker who has ever been to Queenstown, New Zealand has had this burger

… and they all say the same thing, it’s the best burger in the world. And they would know, most travellers source out good cheap food. Best burger in the world? I’m excited. Then I asked him more about it, like how much it costs, he said he spent $12 on this thing! To me the average price of a burger should almost always be under 10 bucks. Anything over ten dollars is madness, but then he went on to tell me he had one every day he was in Queenstown, how long was he there for? 2 weeks!

That’s a lot of money for a backpacker let me tell you! $168 on one third of your meals for a fortnight is astronomical. But I guess this wasn’t routine groceries we are talking about here, and if you’re only within the presence of the greatest burger in the world for a short 2 weeks before heading back to the other side of the planet for the rest of your life, I guess $168 worth of burgers can be budgeted into your holiday.

But the abundance of tales I have heard of this burger weren’t simply that it’s the best.

They spoke of huge line ups, out on the street, throughout the opening hours, and masses of people getting their burger fix at midnight and beyond. Stories like this get me so worked up that it becomes a mission, I envision myself on an epic quest to hike through the valley of darkness to behold a treasure in a land far, far away, then eat it. I received word from a couple of mates of mine that they were living it up in Queenstown, and that I should venture down there for a visit to get away from Christchurch sometime.

So on the 8th of February I got on a bus and headed down there. Needless to say, my priority was to catch up with mates and see some more of NZ, but in the back of my mind was a catalogue of stories, and quite a lot of anticipation. After all, the big question following such hyped up attention, is, does it live up to it? I’m not a cynical person in general, but I certainly don’t like shattered dreams. But hey, I had heard plenty about this burger, I had never seen it, nor had there been any corporate advertising inflicted upon me; so far it was genuine honesty from complete strangers from all walks of life, I had no reason to be sceptical, I was just eager to become a believer.

I had met up with my mates, and we had a good catch up. And then I had some spare time, I looked into my wallet, and $30 stared back at me, I knew what that money was getting spent on, an infamous Fergburger. The feeling I had when going to get the burger was on par with going to school for the last day of your life. In my mind I was ready and my life will be different and better from then on.

There it was, Fergburger, home to the ‘best burger in the world’

…and again, there it was, the queue of people coming out onto the street. It was 11am, and the place was heaving, I had always heard about it, but I had to laugh when something that is hard to imagine being true, actually was. I joined the queue, and waited patiently.

Looking around the place I had time to take note of the clientele, and unsurprisingly, there was a plethora of backpackers. Queenstown really is a haven for young travellers with plenty of action adventure thrills and spills to get involved in all in the one place. Sky-diving, bungee jumping, canyon swinging, mountain biking, jet boating, snowboarding, skiing, and zip trekking!

That being said, it wasn’t just backpackers lining up to order a Fergburger. Older tourists, families on holiday, people that were clearly not staying in bunk beds. All of them experiencing the atmosphere of a fantastic little burger shop with cool music playing above background level. A random mix of cultures fusing together in a line for a common cause, eating a burger, what an amazing concept.

Many staff, who had a small job, but integral to the big picture, all working together, all happy. No one was too stressed, at least that’s the impression I got. I ordered the classic Fergburger, prime beef, lettuce, onion, aioli, tomato relish. It was a mere $11, not the $12 that a German had once told me. He had obviously felt the need to experiment with the many other fantastic varieties of Fergburger available, which have extra ingredients, and extra stylish names. (Southern swine for the burger with bacon, holier than thou for the tofu vegetarian option to name a few of the many).

My number was in the 80’s and the numbers being called were still in the 70’s. I figured that this probably wasn’t the first run through the 70’s and 80’s for the day, because they were coming out fast, and it was still only 11am in the morning. It didn’t take long for my burger to emerge. There was nowhere to sit, the limited seats are sparse during the day, but no one complains. There is an amazing lake around the corner, and plenty of park benches all over town. I thought I would free up some space in the little burger shop and walk and eat.

The first bite was everything a hungry person craves, it was thick, it was juicy in the middle

The bun was crispy and fresh, the sauce was distinct and flavoursome, it was superb. I had been satisfied right there and then that it was a burger of the highest calibre. I felt great knowing that this was going to make me feel full, because it was quite a big burger, and I felt great knowing that it tasted so damn good. My dreams of one day encountering this famous burger were realised and relived with each bite.

So Is Fergburger the Best Burger in the World? And why?

I walked around the lake towards the gardens on the other side of the beach and by then I had finished the burger. Walking significantly slower back, because I felt full, I couldn’t help but ask myself what it was that made Fergburger so special. Being truthful that was a pretty special burger, but it was simple enough to come from anywhere.

Over the next few days I ate at a couple of other pubs, cafes. But nowhere had atmosphere as rich as Fergburger. Queenstown isn’t cheap, henceforth the Fergburger as a genuine filling meal for $10 – $15 is phenomenal. And you are guaranteed a delicious succulent burger. And so, I was drawn back to the place time and time again, in my 2 days, 3 nights in Queenstown I had 6 Fergburgers… Because it was an amazing burger and because it was a fun experience.

Once I was lining up for my Fergburger at after 4am in the morning and I still had to line up.

This place was always busy, it seemed to be always open (I discovered that it’s not quite 24 hours, but it comes close.) And it was always a good time. (If you have a queue phobia, you can call and pre-order your Fergburger then skip past the queue to collect straight away!)

I think it’s near impossible to calculate something to be the best in world. World records always seem to get broken, someone always builds a taller building, someone always does something harder, better, faster, stronger etc. And it is especially hard to claim something that is food to be the greatest in the world. But there are a few generations of backpackers and tourists that have passed through Queenstown, New Zealand, that would say there is no argument when it comes to burgers.

And as for the people that created Fergburger back in 2001, they don’t even advertise. Their advertising is free, spoken word out of the mouths they generously filled. With a little burger shop that is wall to wall with customers throughout the day, and a line up for burgers into the night, do the owners need to say anything at all?

Well, I think I have done my part in spreading the word, there really is a burger out there which lives up to its reputation, unlike any other burger reputation I’ve ever heard. So if you’re ever in Queenstown, treat yourself to Fergburger, get involved in the hype, it might just be the best burger you ever eat in your life.

Fergburger is the Best Burger in The World according to…

Head to Queenstown and buy yourself a burger, then book your stay at Nomads Queenstown (a really short walk away from Fergburger).

*All prices and information correct at time of writing, visit their website for up to date prices.

4 thoughts on “Fergburger Queenstown, The Best Burger in the World?” 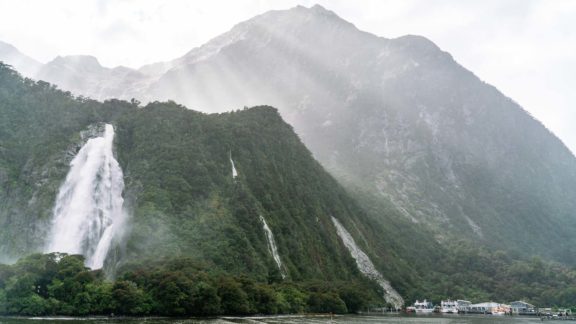 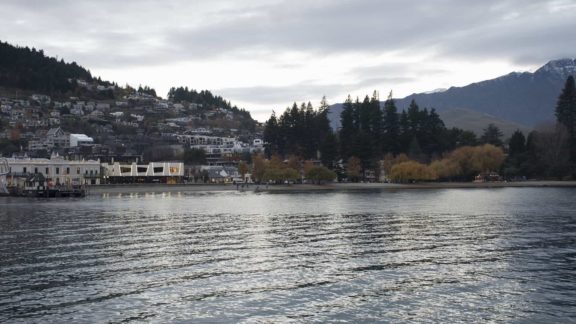