So I’m guessing you’ve heard about the New Years Eve Sydney fireworks display? Famous for being one of the best in the world, and of course one of the first, people come from all over the globe at that time of year to see them on a once in a lifetime trip. Well as spectacular as they are, they are so yesterday, old news, been there done that! Because we also have Vivid Sydney – The Light, Music and Ideas Festival! This year, 2018, it’s on from 25th May to 16th June.

Don’t get me wrong, I have seen the NYE Sydney fireworks many times and I rate them very highly, however this Sydney light show is just as spectacular as the fireworks and it’s a festival that goes on for over 3 weeks! Enter… Vivid Sydney! The most amazing display of lighting you may ever see in your lifetime. It will have you telling everyone you know all about it. Gone are the days where lights are used solely for the purpose of extending convenient life after the sun goes down. Nope – now they are the pinnacle of entertainment and Vivid is the perfect place to experience it. I know you’re finding all this hard to believe but I’m telling you, this is not a fictional piece of writing this is as true as is it comes, no lies being told here.

You may be wondering what exactly happens during Vivid? Imagine this – Sydney’s city buildings being highlighted in fluoro lights, changing colours and your mood as it happens. Animated stories being played out on the walls of the Customs House to a sound track. Moving rays of light, turning the usual white sails of the iconic Sydney Opera House into a moving art piece that keeps you and your light junky, fellow travellers entertained for hours.

So you may not have been inspired by this little write up, but you should be. No matter how amazing anyone tells you Vivid Sydney is, you will not believe it until you see it!

When? The Vivid Sydney light Show runs from the 25th of May until the 16th of June.

Where? You can see these amazing art sculptures and installations in all precincts around Sydney. Visit Circular Quay, The Rocks, Martin Place, Central Park, Campbell’s Cove, Chatswood, Darling Harbour, The University of Sydney… basically pretty much wherever you go in and around Sydney during the festival you’re sure to be able to see something! If you’re coming to Sydney to see this light show spectacle for yourself then make sure you book accommodation. Check out Base Sydney Hostel.

All images authors own except for the main image which is from Doug Beckers on flickr.

About: A Light Music and Ideas Festival - see Sydneys famous buildings and landmarks lit up

Who will like this event?: This event is suitable for everyone 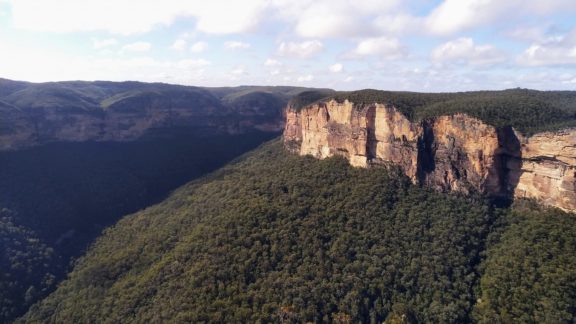