K Road is short for Karangahape Road which is Maori and is said to have cultural meaning behind it, “Hape” being an ancient Maori Ancestor. The name “Karangahape” also has meaning behind it being “a winding ridge of human activity” which makes a lot of sense really! Once you have explored K Road itself you will understand that many different cultures and meanings unfold just on this one stretch of road. Especially at the weekends and if you are around here for nightlife entertainment.

K Road used to be the main shopping district of Auckland with all major department stores having a branch on this street. From around 1965 onwards the street went into decline due to the construction of motorways nearby, meaning many of the local residents were forced to move away from the area. The road suddenly had very low rent and K Road changed from being the main shopping street to a ‘seedy’ red light district.

However this has recently changed again and it’s now an ever developing area. Over the years K Road has slowly been changing its reputation and although there are still quite a few ‘adult’ shops, it’s also a very bohemian part of Auckland with some good quality ‘op shops’ (second hand stores), antique shops, nice boutique cafes and some great bars and restaurants. St Kevins Arcade is a great way to spend a bit of time and money. There are many shops to browse through ranging from fashion stores, jewellery, wholesale and ‘mystic’ and ‘Cosmic Corner’.

K Road is a great place to come if you’re looking for somewhere retro and vintage to drink coffee, or even at night if you’re looking for decent bars and clubs to have a dance at. It’s also very much a mecca for the LGBT community in Auckland (you’ll see a lot of rainbow flags on K Road). The events calendar gets busier and busier each and every year with annual events such as the Auckland Fringe Festival which boasts poets and performers art works every 30 minutes. This festival fills up the area immensely and the best part is that it’s good and it’s free! Also if you ever get asked where to find some of the best second hand book shops, you have to send people in this direction. This road has many second hand book shops and rare book stores. How about somebody that is looking to get a tattoo whilst here in New Zealand? Maybe some kind of tribal design? Karangahape Road is also the place to hunt around for tattoo studios. “Otautahi Tattoo” do a great range of Maori and tribal designs and have impressed a lot of our backpackers in the past.

So there you have it, if you think Auckland is small and there’s nothing much to do here, you are actually absolutely wrong! Check out K Road, it’s only a couple of minutes ride with the bus from downtown Auckland or if you’re feeling rather sporty, you can always walk up there. 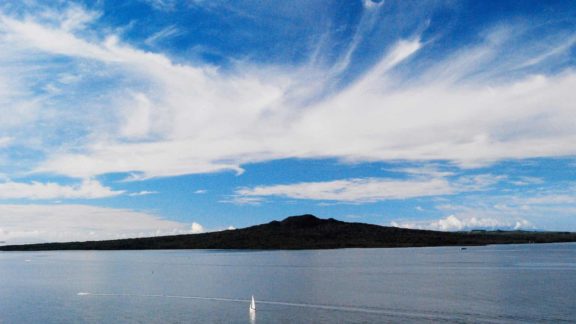