Backpacker Stereotypes – Which type of backpacker are you?

Buildings and Temples are fantastic and food is always good to try, but I’ve always believed that it’s the people you meet that make a journey. The strange thing is the more places you visit, and the more backpackers you meet, the more you can recognise the same character traits over and over again. It’s true that there are some very typical backpacker stereotypes out there.

So I thought I’d list a few that I have noticed. You might want to have a look and see which backpacker stereotype you are? Or you might want to let me know the ones that I have missed. If you haven’t set off on your adventure yet, these are the backpackers you will meet, but don’t let that put you off.

A once rarely seen beast, these seem to be becoming increasingly common. They are sometimes difficult to spot without talking to and on occasion they can be mistaken for ‘The Genuine Crusty’. Once you have engaged them in conversation though they will soon give themselves away due to their perfect dreadlocks, cut glass accents and designer tie dye outfits. Normally from the Home Counties in the UK they will often be found surrounded by ‘The Designer Dollies’ who look at them as some source of spiritual knowledge.

In reality they have developed a way of speaking that is a regurgitated twaddle about Nepal that they picked up from the in-flight magazine while relaxing in First Class on the way over. Being stuck in a conversation with a ‘Private School Rasta’ will be ear bleedingly dull. They will regale you with stories about the remote village in Upyourownarse where they chilled out for a few weeks and smoked really strong weed with the locals. They’ll then go on to tell you about their new ‘deep inner meaning and a sense of the world round’ that you just could never understand. Damn right I couldn’t understand it, because you are talking out your arse mate.

Rarely seen in backpackers hostels as this particular habitat is often too loud and ‘heavy’ for them. Usual places this backpacker stereotype are found are sitting under a tree with a group of locals staring off into the distance. The Crusty is often a fantastic source of knowledge; however they have a broken brain filing system so the information often arrives in a random order. Don’t be put off by this as an afternoon of conversation might leave you with skills you would never have otherwise learnt. Examples of these may be: how to roll a joint with one hand under your coat on a windy day, why yoyo’s are still very cool, where is the best place to buy ex army boots from, how to weave a Bedwin birthing blanket and so much more. They will be confused by text speak though, and the ability of music to come out of a small white piece of plastic might actually send them into a panic. They will however, be able to teach you to juggle.

Rarely seen in pairs, this backpacker stereotype is more comfortable in larger groups. The Designer Dollies are currently starting to populate hostels more. Their mating calls can often be heard from several dorms away. They do not usually leave their native habitat for extended periods of time due to their inability to feed themselves for more than a couple of weeks. Never found at a cultural spot or temple, these strange creatures are only seen during the day in the hope that someone else will show them how to fry an egg, or more likely fry one for them.

These strange creatures can only drink things that come in bright colours which they like to regurgitate at regular intervals. During the day they are often found in PJ’s and jumpers but at night are never seen without a layer of makeup and hair spray so thick that it can only be compared to their own intelligence. No intellectual value can be gained in spending time them, however spending time with them can provide other short term benefits. Likely prey for hostel workers and locals, they will be unlikely to be interested in genuine backpackers. The male version of the species has recently made an appearance after being thought to be extinct.

Always the first voice you hear at any public gathering. Not a particularly dangerous beast and well loved by the younger travellers the WooHoo W*nkers are just always so bloody enthusiastic about everything. Found mostly at the front of every queue for everything. Always the first to jump off high things and show how many sexual positions they know in the bar at night. Constantly jumping about they normally explode in their early thirties. Historically from the USA and Australia the breed is becoming more widespread around the world. Can be hilarious in small doses but continued exposure can lead to headaches and nausea.

On first appearance they can seem to be relatively normal individuals. They will make contact with you in a large group situation. Once initial contact has been made these people are buggers to shake off. Every place you go to or every drink you have they will be next to you. You may try to politely tell them that you are moving on tomorrow, only to find them at your new destination. Unfortunately these creatures are difficult to dislodge once attached and there are only two ways to break free. One is to find them a new host or two, leave quickly and go far away.

These are an odd sort that should have never left their native environment. They will not enjoy anything new. The food will always be rubbish, the beer wrong and the scenery not as good as they have seen before. Stay away from these creatures as they have nothing to share and will only try and bring you down to their level. These backpackers are nearly always English.

About the Author: Mick Bates went on a wander from Newcastle, England a few years ago. Trip advisor on facebook tells him he’s been to about 140 cities in 20 countries, so lots more to see yet. He is as miserable as he seems.

Backpacker Stereotypes – Which type of backpacker are you?

One thought on “Backpacker Stereotypes – Which type of backpacker are you?” 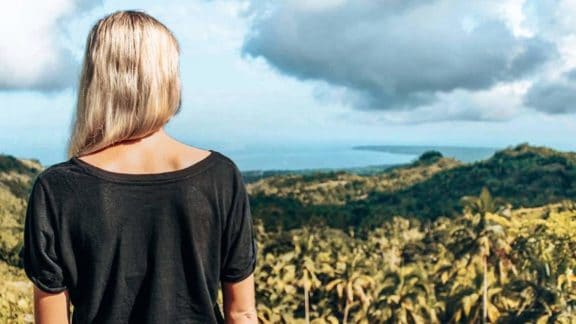 Best Camping Destinations In The World