Airlie Beach these days is primarily known as the location to head to for a Whitsundays Sailing trip, but where did the name come from and what’s the history of Airlie Beach?

The Whitsunday Islands started to be formed millions of years ago as a result of volcanic activity, these days there are 74 islands that make up the archipelago.

Before European settlers arrived the area was home to the Darumbai (Dharumbai), indigenous Australians who occupied most of central Queensland. The Darumbai spoke dialects of the Darumbai language which has now been classed as extinct, although a few Darumbai words live on in a couple of the towns in Queensland. “The town of Coowonga is named after a Darumbal man famous for saving the life of politician King O’Malley in the late 19th century. The Rockhampton suburb of Nerimbera is named for a Darumbal word meaning ‘where the mountains meet the river’.” – wikipedia

On Captain Cooks famous 1770 trip he named Cape Conway, which is just south of Airlie Beach. It’s a national park with numerous walks and literally no residents (the 2016 census recorded zero population).

One of the earliest European settlers was Thomas Abell, his wife and their 9 children, back in 1904. Considering the area was ‘raw rainforest’ back then, the area has changed immensely in just over 100 years. Abel Point Marina is named after this pioneering family (even though it should be referred to as Abell Point). You can read more about the Abell family here.

In 1917 a road started to be built to connect Airlie Beach to Proserpine. Before it was completed in 1918 the only way to get there was on foot or by boat.

1935 is when the area was first referred to as Airlie Beach, when the Queensland Lands Department put some of the land by the beach up for sale. It’s believed it was named Airlie Beach in reference to a parish in Scotland where Abell was originally from. It was officially founded in 1936.

Shute Harbour opened in 1961, making it much easier for people to visit. The Airlie Beach Hotel Motel opened in 1968 and still exists today, although it’s somewhat different to how it originally looked.

It wasn’t until the 1970’s that tourism started to really make its mark in the area, although tourists had been visiting the islands since the 1920’s. In the 20’s the tourists mainly came for day trips from the mainland and visited some of the settled islands. Over the years tourism slowly grew with overnight trips becoming more popular. Hamilton Island is the most famous island to stay overnight on these days but overnight trips began on Lindeman Island.

The 1980’s saw redevelopment of the islands into the popular resorts you see these days.

Airlie Beach Lagoon was built in 2001, meaning safe swimming with no need for stinger suits for all tourists and residents.

The resort town has grown so much since those days and although there are only 1208 residents (2016 census), there are numerous hotels, backpackers hostels and campgrounds making the town seem as though it has many more people living there.

Airlie Beach is one of the must see attractions in Australia and no trip is complete without a visit to the Whitsunday Islands, whether that’s by plane or by the most popular option of an overnight sailing trip. There’s a sailing trip suited to every type of traveller. Choose a party boat with lots of people, or go out on an old fashioned pirate ship looking yacht. Charter a private trip, or go out on an Ocean Safari for an adrenaline packed day.

Apart from sailing trips there are lots of other attractions in or near to Airlie Beach – check out an itinerary of things to do in Airlie Beach in a week, or 3 secret locations you should check out. Is it raining? Here’s some inspiration for a rainy day in Airlie Beach.

Whether you’re travelling in a campervan or car with a tent, or have arrived by plane or bus, head to Nomads Airlie Beach. Nomads Airlie Beach has powered and unpowered campsites available with access to all the resorts facilities as well as private and dorm accommodation. Enjoy the 2 swimming pools and chill out at The Shed Bar before heading in to sample the nightlife in town. The staff at the resort can help you choose the right Whitsunday Sailing trip for you and advise you on other things to do in the area or even up and down the East Coast.

One thought on “The History of Airlie Beach” 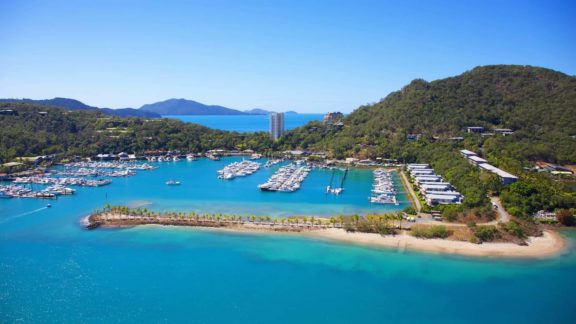 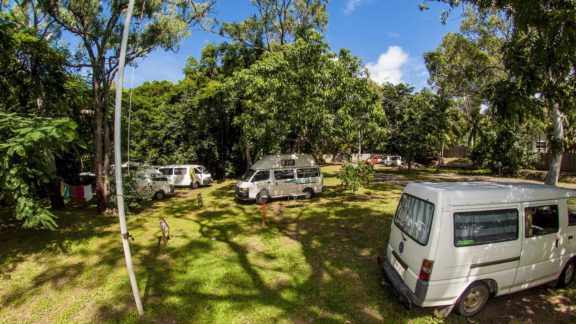 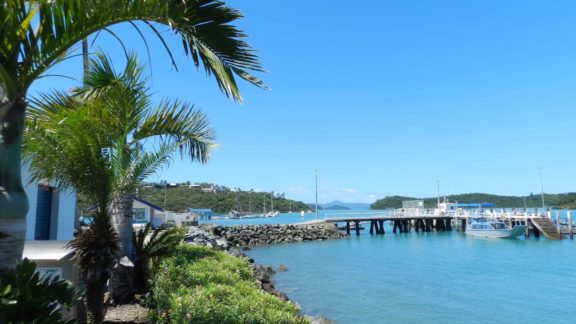